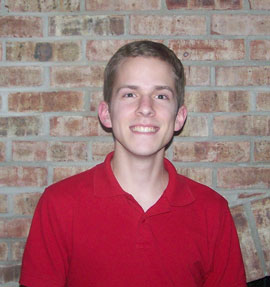 Thomas received his B.S. in Chemistry from the University of Washington in 2009.  There he worked in Professor Larry Dalton’s lab on the synthesis of chromophores for applications in non-linear optics.  Later, he worked in the lab of Professor Bruce Robinson studying dielectric properties in organic solvents.  Building directly upon the work of Christopher Shaffer and other McMahon group students, Thomas aimed to study PhC7H, which is a phenyl-substituted molecule similar to the carbon chains found in dense interstellar clouds.  He worked on the synthesis of a phenyl diazirine compound.  Outside of graduate school, Thomas enjoys hiking, playing video games, playing the piano, and sleeping.