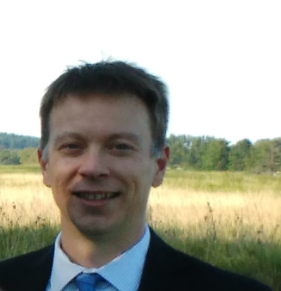 Brian first came to the University of Wisconsin–Madison in the fall of 1995 as a college freshman and received his B.S. in Chemistry and Chemistry-Secondary Education in December of 2000.  In May 2004, he received an M.S. in Educational Psychology from the University of Wisconsin.  He completed his UW–Madison education with a Chemistry Ph.D. in 2012 on the Computational and Spectroscopic Investigation of Species of Astrochemical Relevance.  During his last two years of graduate school he played an important role in the updating and upgrading of the mm-wave spectrometer used by the group and led the analysis of the pyridazine rotational spectrum.

While in graduate school, Brian collaborated with Nick Hill in the undergraduate organic laboratory to implement computational chemistry as an integral part of the undergraduate curriculum.  This naturally led to Brian’s current position as an organic chemistry instructor and laboratory director at UW–Madison.  His research interests have expanded to include chemical education and curriculum development.  In 2017, he was awarded the Harvey Spangler Award for Technology Enhanced Instruction by the College of Engineering, The Early Career Award by the College of Letters & Science, and the Taylor Teaching Award by the Department of Chemistry.  Since graduating, he has continued to collaborate with Bob and Claude, mentor graduate and undergraduate students in research, and investigate the spectroscopy of several molecules.  He was given the GSFLC mentor award in 2019 for his work with graduate students in the group and teaching assistants in the organic laboratory.